Post in a nutshell: Imagine that you can pick any area in space and you have a special machine that can highlight any chosen thing within that area. Sometimes the machine confounds you by finding the chosen thing where you wouldn't expect it.

(It's not unlike Professor Xavier's machine in Xmen2, but instead of mutants you can pick any subject.)


I made up the following 'fake trivia' about the sinking of the Titanic. I devised a couple of methods to create such trivia as part of my project on writing systematic fiction. I will also detail these methods in this post. I think the methods may have possibilities as general creativity tools but I haven't explored that fully yet.

The hull of the ship contained 0.005 % gold. The gold was added to the alloy to bring the ship 'good luck'.

There were two lifeboats being carried as cargo. The passengers were not permitted to access these boats.

The ship sank on the 666th hour after its launch.

One of the survivors was heard to comment 'One day they will make a film about this'.

All the musicians died when the ship sank (true). However, one of the musicians on the night was already safely in a lifeboat, but returned to the ship when he heard his colleagues playing.

One survivor insisted on taking a book into the lifeboat.

One of the passengers was a convict travelling to the US for execution. It was thought he had perished with the ship, but in 1938 (after his death) it became apparent that he had survived.

One of the passengers was travelling to the US for a conference on improving maritime safety.

There wasn't a single passenger on the ship with the name 'John' (the most common name at the time).

The Titanic is thought to have sunk at exactly the same spot as another ship - the Ocean Spirit - which sank there in 1902.

Creating the fake trivia: method one 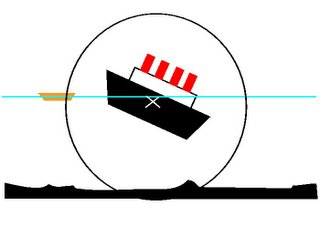 I create a simply directive for my superselect device: 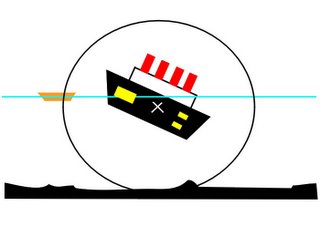 And the result could look like the image above, with my superselect device highlighting all the gold - such as jewellery, cargo, furnishings, or whatever.

At the next stage I use another type of superselect: this is 'radar superselect' where the superselect tool produces a result with the appearance of a radar scan. So my directive to my radar-superselect device is, again:

At this stage I can get creative and highlight parts randomly to see if this generates ideas. In this example I imagine this result of the radar-superselecting: 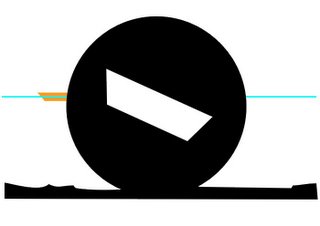 So the radar-superselect indicates to me that the hull is made of gold. This may initially cause a 'huh?' response, but the idea is that I force some trivia from this. As listed in the fake trivia above I decide that '0.005 % of the hull contained gold'.

I then select one of these ('people', in this example) and set my superselect device the directive:

Again, as with method one, I look to achieve a 'huh?' response. I do this by picking random places withing my Zone of Attention and imagining that my superselect device has highlighted a person (or persons) in that place. Such as: 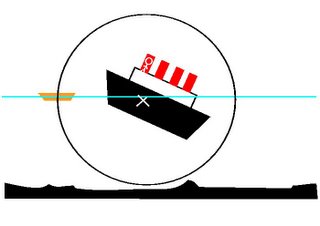 So, a passenger was in the funnel of the ship. From this I force some trivia, such as 'A passenger opted to commit suicide by diving into one of the funnels rather than perishing in the cold water'.

and, as with method two, I imagined the superselect device highlighted a book in one of the lifeboats. This led to the fake trivia: 'One passenger insisted on taking a book into the lifeboat'.